Flexibility is the ability to move body joints through the complete range of motion. Flexibility varies between people due to a variety of factors, such as genetics, gender, age, or fitness level. Having a good level of flexibility is generally considered important for maintaining optimal running performance since it allows athletes to generate force over a larger range of motion and minimize compensatory movements.

There are different ways to improve flexibility. Regular stretching, foam rolling, or engaging in Yoga based workouts are among the most popular.

Stretching is not recommended prior to running but it is still regarded as an effective recovery tool due to its role in regaining good levels of flexibility through promoting joint range of motion. Runners should focus on the muscles and joints of the trunk and lower limb and should cover a variety of positions and stretches post-exercise and/or as a part of specific conditioning sessions.

Stretching can generally be done in three different modes: dynamic, static and partner.

Dynamic stretching involves the lengthening of muscles during repetitions of a controlled movement through the active range of a particular joint or joints. If a runner wishes to perform stretching before running then dynamic stretching would be recommended since it is not associated with the reductions in running performance seen with static stretching prior to exercise. 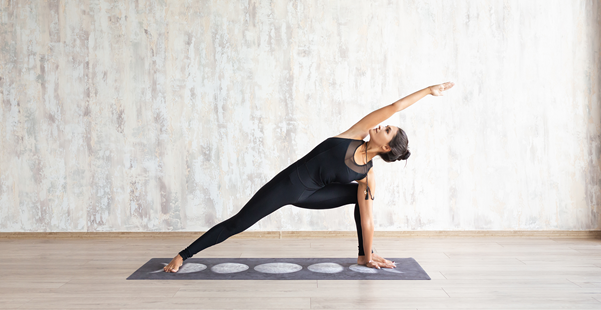 During a static stretch, a specific position is held for an extended period of time, with the muscle on tension to a point of a ‘pulling’ sensation. The stretch and release action is thought to increase blood flow to the region to deliver nutrients and remove metabolites. Static stretching has been found to be most effective at increasing range of motion when using ‘holds’ of 15-30 seconds. Remember, static stretching immediately prior to exercise has actually been shown to be detrimental to muscle strength and performance in running, so static stretching will be more beneficial as post-workout cool down or in conditioning sessions.

Below are some examples of static stretches to consider post-run, such as 'Pigeon stretch', Hip flexor stretch and Piriformis stretch.

Proprioceptive Neuromuscular Facilitation (PNF) stretching is a variation of static stretching, commonly used by physical therapists and coaches. This method initially stretches the muscle through a static stretch when in a relaxed state, before asking for a contraction of the muscle against an external force, the partner. PNF stretches have been shown to improve muscle elasticity and to increase active and passive range of motions through different joints.

Yoga/Pilates-based workouts are primarily based around static stretching exercises. Previous research provides some evidence for a beneficial effect of multiple-week Yoga programs on both athletic performance and recovery.